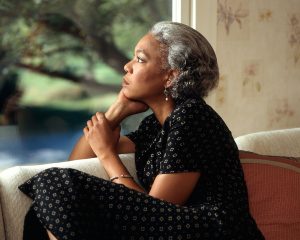 I had been playing “basketball” with snotty tissues for a few days. When I hit the waste basket with a tissue, I score. No, I don’t have the wastebasket right next to me. It was now about two feet from me rather than three I began with. My “basketball” game is about the only exciting thing of being in bed with what was probably the Covid 19 virus. Whether it was or not ( tested negative but health care workers believe I had it), I’d been sick for about 14 days before I was able to write this.

I’m coming out of whatever this illness is. I know I’ve been sick and have felt miserable. One of my housemates is a nurse. She let me know how ill I was when she said, “I was thinking of encouraging you to go to the hospital.” I wouldn’t have gone. At the hospital, I wouldn’t have been allowed to bring my homeopathic remedies, herbs and vitamins. Those are what have brought me through the illness. Those and the energy healing my friends have been doing. Those and the gentle nursing care of Barb, my housemate, the retired nurse.

Let’s switch from the physical to the emotional. When I’m sick, when you’re sick, all the natural emotional defenses are obliterated. Victim consciousness comes roaring to the forefront. Why me? Why did this happen? Why is this happening in the world? Why? Why? Why?

Perhaps the better question is “How.” How did this happen?

Sugar Addiction and the Immune System 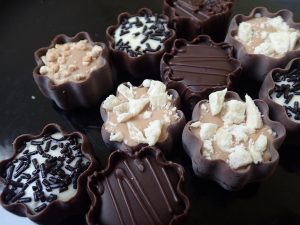 What does sugar have to do with “catching” this virus? I had the indescribable impulse to go on a sugar binge just hours before I showed symptoms. I purchased three sugary items to assist in my binge. Every part of my body, every part of my inner knowing was saying, “DO NOT EAT THIS.” My puny mind, however, was saying, “You always feel better after this…” which is a lie, by the way. There is an initial emotional lift followed by a shame-filled, guilt-filled crash followed by what literally feels like a hangover.

In this case, there was another crash. All the sugar zapped my immune system at a time I desperately needed it. (Yes, there are numerous studies on how sugar and highly processed foods negatively affect the immune system. I’ve read a number of them. I’ll leave you to find them yourself.)  Within hours I was sick. At first, I thought it was the “usual” result of the sugar. By morning, I knew this was more.

My immune system needed to be strong and I let it down. I had been exposed to what I call “the virus” through a housemate who probably had it. I say probably because she had all the symptoms, but “they” did not test her because of her age. (She’s the youngster in my house of four in her last year of her 20s. The others of us are 60+.) So, I “caught” this virus which was floating around because it was there and because I made the choice, against all the yelling my body-mind was doing to keep me from eating crap. I let my physical body down. I let me down.

Now that my physical body was down, my emotional defenses were crumbling. These were the defenses against past wounds and hurts I thought were gone. I have done much healing, but, evidently, I had stuffed many things deep within. 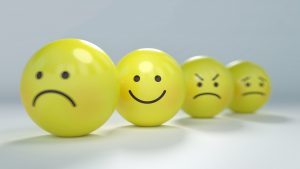 The stuffing I had used to keep them down was now gone. They began raging in my mind. To mix metaphors, they were like a tsunami flooding me.

They presented themselves by me imagining conversations… no, that’s not right. They weren’t imagined conversations. They were imagined situations in which I was telling people what I thought of them.

One particularly startled me in its viciousness. I remember saying to myself as I stopped that particular diatribe, “Whoa, you’ve got some healing to do there.” The major problem now is that I don’t remember who it was directed at, or even the words. I do remember the feelings. They were vicious, hard, ugly and I was startled. I was appalled. I wanted them gone. I wanted the feelings gone. I wanted them healed so they are no longer part of my being. Those words did not represent who I want to be.

I will move into healing. I know how to do it. I know my healing team is ready. The only problem is I can’t focus. I just ask Amma, the feminine aspect of God, to go into my heart and clear it all out. I’m ready to let it go, even though I had pushed it down so far I didn’t know it was there. I want only to be the Love I was created from.

It is now almost two weeks since I wrote the above. I’ve begun to have what I call on-line Sunday Ceremonies.

The last one (May 3) was about forgiveness, not just forgiveness of others but of ourselves. There was a powerful process which freed many of the pain, shame, guilt and anger they were holding onto.

You can watch it by clicking on the link below and registering. You’ll also be registered to receive notices of other Sunday Ceremonies and other healing opportunities I offer.

I’ll write more later. Blessings to you… and know you are Love Incarnate as you were created from the Love which is God.

The button below will take you to the sign-up form. We've been having a great time with the ceremonies. Go ahead and click now.